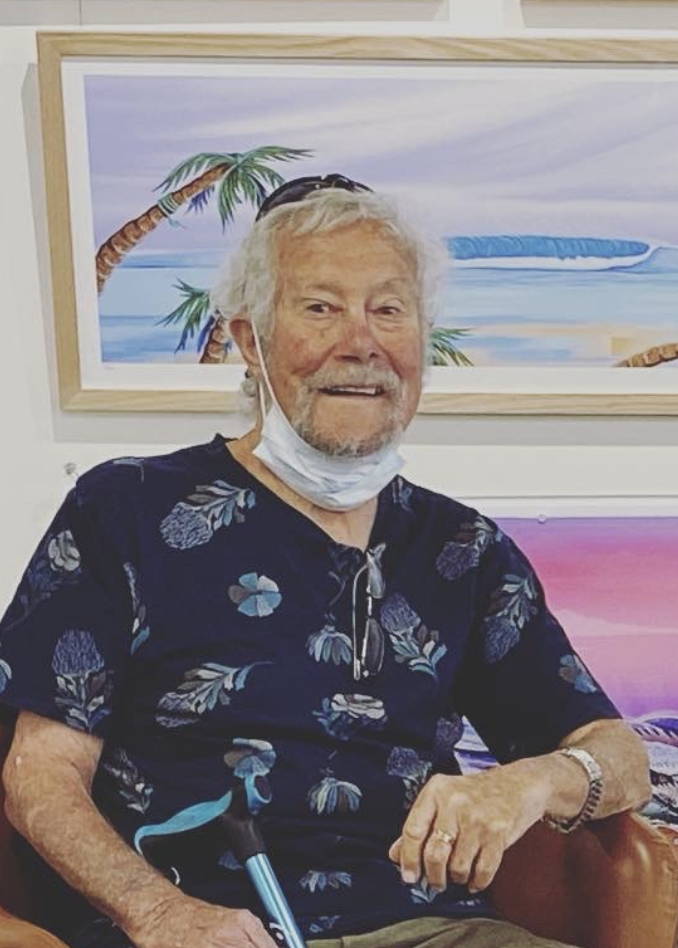 Mike Eggleston has had a passion for art since he was a child. Led and fostered by his cousin Barry, his talent was recognised with a national art award aged 12.
Aged 18, he was conscripted into the army and went on to fight in Vietnam. This time he believes shaped him more than any other and led to making his career afterwards possible.
Upon returning, Mike went on to travel and then settle in to a career as a cartoonist with The Herald and the Sun. Mike met his wife Maree at the herald and after purchasing their home and a few fun adventures, Mike decided to start his own art venture.
Eventually he and a partner started peach advertising, which went on to become one of Newcastles leading creative firms. Mike has designed logos for the Merewether board club, the Newcastle knights and the war memorial gates at Townsend oval.
He is certainly deeply interwoven with the modern history of Newcastle as we know it.