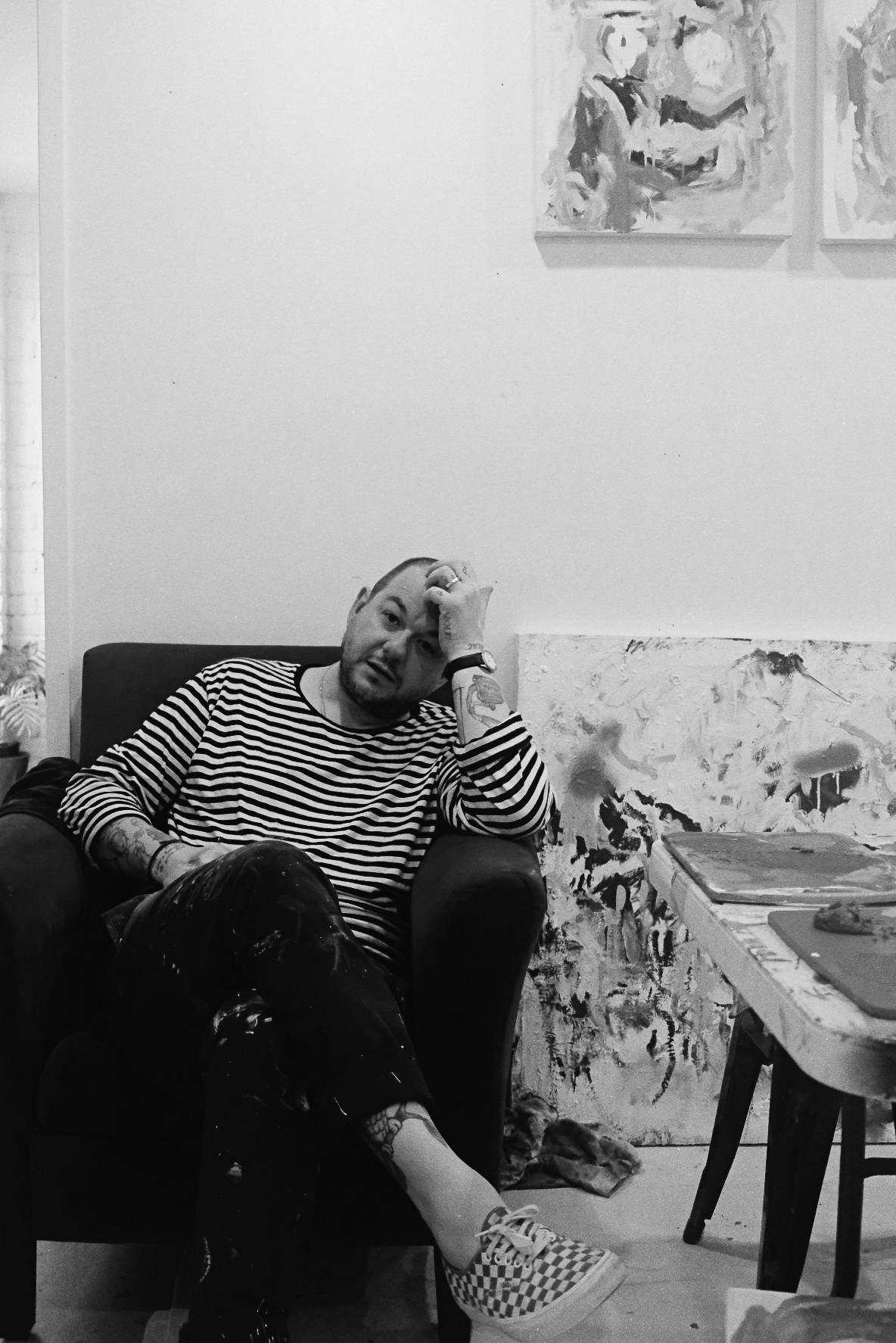 Justin is a visual artist based in the coastal town of Newcastle, Australia. Justin has been drawing for as
long as he can remember, After earning his tertiary qualifications in Graphic Design and Photography
(2009) Justin set out on new endeavours, finally coming full circle and returning to his roots and rekindling
his love of painting, photography and design into a full-fledged professional career as an abstract,
expressionist painter.

Justin’s work is big, bright, vivid, very gestural with a lot of motion and layers, reminiscent of abstract
Expressionism and gestural abstraction periods from New York. With broad brush strokes of colour, along
with the quickness and free flowing nature of finer strokes that are almost signature like in appearance,
the artworks seem to take on a life of their own. Justin draws on a lot of feelings, emotions, and memories.
to dictate the palate and allowing the energy of sound to inspire his work and to guide his movements.
A controlled mess, if you will.

Justin has had a number of solo and joint exhibitions at independent galleries in Newcastle throughout
the late 2000’s and after a small hiatus from painting contributed to group shows as well as donating
significant works towards charitable causes such HMRI and the Mark Hughes Foundation. In 2019, Justin
was asked by the Hunter Medical Research Institute to be the 2019 resident artist, creating an original
work to be auctioned off, raising over $7000. In June 2020, during a global pandemic, Justin had a near
sold out solo show, “As We All Play Parts Of Tomorrow” at Blackstone Gallery in Newcastle, as well as
being commissioned by multiple collectors to produce works. Justin was also commissioned by The Pink
Frangipani Ball committee to create an original work, which is intended to be auctioned or sold, to
further support HPCA and Procare Mental Health Services.

So far in 2021, Justin has taken part in the very successful, The Other Art Fair in Sydney in March over
four days, produced works for a group show held at Newcastle Art Space, in which all works have sold,

produced a near sold out solo show held at Onwards Studios, Newcastle, all the while producing commissions and pieces for charitable causes, as well as creating new collection of works for Sibu Gallery.

Justin now plans to have another solo show in Newcastle at Blackstone Gallery in September.